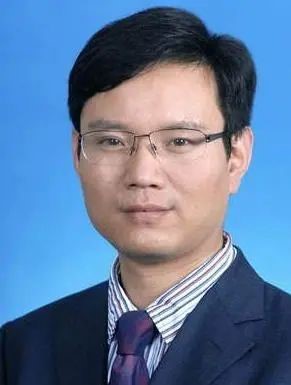 Li is Professor and Doctoral Advisor of Xi'an University of Technology. He was selected for the National Program for New Century Excellent Talents. Besides, as a Fellow of the Royal Society of Chemistry (FRSC), he was honored as Highly Cited Researchers by Clarivate Analytics in 2018, 2019 and 2020, and he was also titled Outstanding Mid-Aged Experts in China, and National Oil and Chemical Outstanding Science and Technology Worker. He won the first prize of the Science and Technology Award of Shaanxi Higher Education (ranked first). Currently, Professor Li serves as Executive Dean of the Advanced Electrochemical Energy Research Institute of Xi'an University of Technology, Vice President of School of Materials Science and Engineering, Xi'an University of Technology, and Vice Chairman of the International Electronic Energy Sciences (IAOEES, an international organization, headquartered in Canada). He is also Executive Editor of Electrochemical Energy Reviews (this academic journal has the highest impact factor of 27 in China), subordinated to Springer-Nature. Besides, Li is Deputy Director of the Fuel Badge of China's Internal Combustion Engine Society, Director of the International Joint Research Center of the Surface Technology Surface Technology of Shaanxi Province, Leader of the innovation team for high-performance new energy power battery in Shaanxi Province, and Director of Xi'an New Energy Materials and Devices Key Laboratory. He has won the award of Distinguished Young Scholars of Shaanxi Province, the Youth May Fourth Medal and the May 1st Labor Medal of Tianjin. In addition, he was selected for Program of Introducing Thousands of Talents to Shaanxi Province (for long-term innovation), for “131” Program of Training First-Level Innovative Talents of Tianjin, and as Leading Subject Talents of Tianjin.

Professor Li has conducted research on the design and optimization of micro and nano functional material interface, and the application of rechargeable battery. Besides, he has published more than 300 papers in Science Advances, Nature Communications, Advanced Materials, Advanced Functional Materials, Advanced Energy Materials, Energy Environmental Science and Nano Energy of SCI journal. His papers have been cited 15000 times and the H factor is 65. Among his papers, there are 5 ones selected as ESI 1‰ Hot Papers and 30 as ESI 1％ Highly Cited Papers. Li has presided over more than 20 research projects such as National Key Research and Development Plans, National Natural Fund Project, Tianjin Science and Technology Support Key Projects. Due to his great academic influence, he is designated as a review expert of the National Key Research and Development Planning, the National Natural Science Foundation, and China Academy of Engineering Physics. Besides, his scientific research achievements have been highlighted by a television program, namely Report at 12:00 in Tianjin TV Official Channel.