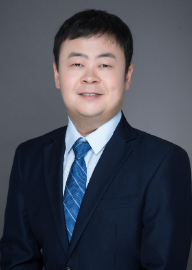 Tao Suo, male from Baoji, Shaanxi, was born in 1979. He is professor and doctoral supervisor of the School of Aeronautics of Northwestern Polytechnical University. Besides, he is also Deputy Director of the International Joint Research Center for Impact Dynamics and Engineering Application of the Ministry of Science and Technology, Deputy Director of the Key Laboratory of Impact Dynamics and Engineering Application of Shaanxi Province and Vice Chairman of the Youth Working Committee of the Chinese Society of Mechanics. As Vice Chairman of the Bird Strike Branch and Member of Structure and Strength Branch of the Chinese Society of Aeronautics and Astronautics, Suo is also Director of Nuclear Engineering Mechanics Branch of Chinese Nuclear Society, editorial board member of Acta Mechanica Sinica, Experimental Mechanics and Explosion and Shock, and invited young editorial board member of "Acta Aeronautica Sinica (Chinese and English Edition)" and "Journal of Solid Mechanics (English Edition)".

Suo conducted research on analysis and design of dynamic strength of aircraft structure, impact dynamics experiment method of materials and structures, and mechanical behavior of advanced materials. He presided over more than 20 national projects such as the National Natural Science Foundation of China, "863" and "973" projects. He published more than 100 academic papers and participated in the editing of four Chinese books. As for his awards, Suo obtained 3 authorized foreign invention patents, 18 Chinese invention patents and 2 independent software copyrights. He also won two first prizes and one second prize at the provincial and ministerial level and the 14th China Aeronautical Society Youth Science and Technology Award.